A field report from Nicole and Jason. 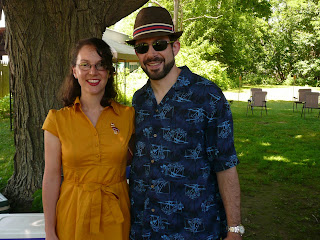 Every Memorial Day weekend we attend a themed picnic hosted by our friend, Jon. It's a full day of food, fun, and the occasional adult beverage. Earlier themes include Magnum Tiki (as in Magnum P.I.), Pirate Party, Redneck Party, and Zombie Bash. This year was the Hepcat Lounge and Chili Cookoff. Themed attire is always a big hit. Nicole spent a lot of time picking out a dress and figuring out how to put a 50s-style curl in her bangs. I think she came out looking nifty. I bought a hat a Walmart. 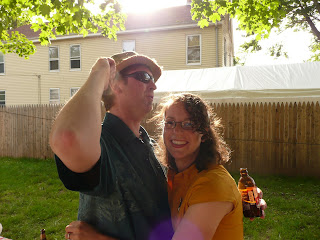 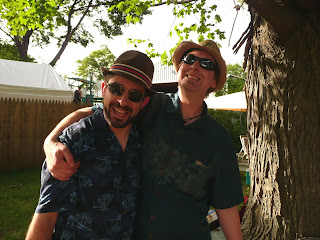 Jon is a friendly guy, especially after a mug or two of Beatnik Booze. 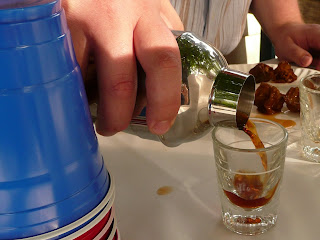 Our friend, Bryan, conducted a "Man Test" in which participants had to eat a Scotch Bonnet pepper that had been soaked in tequila for a few days and then drink a shot of the pepper-infused liquor. Nicole and I skipped the test because we had not studied. 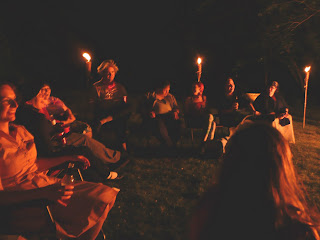 After dark, the tiki torches are lit and the bonfire is set ablaze.
Posted by Jason Azze at 5:20 PM 4 comments: 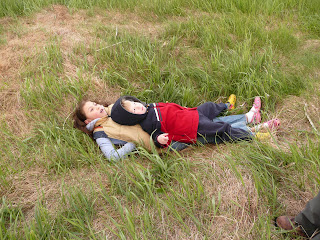 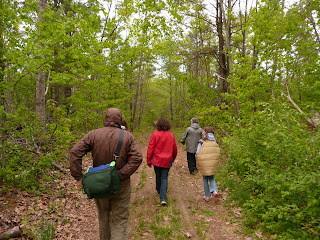 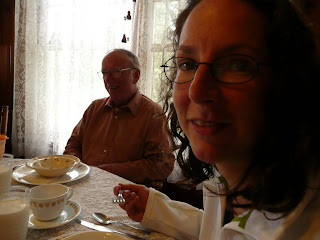 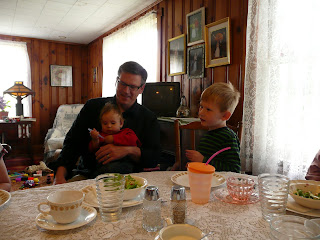 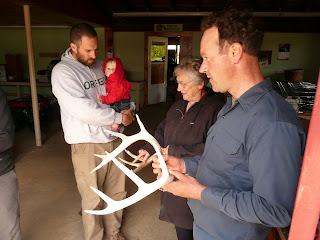 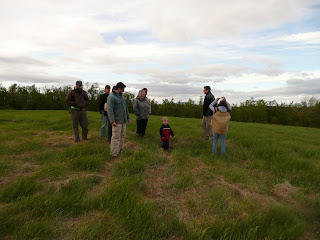 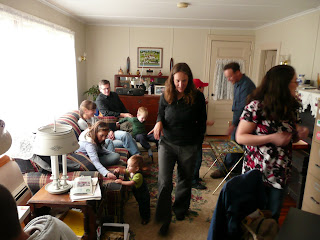 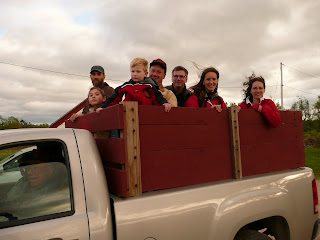 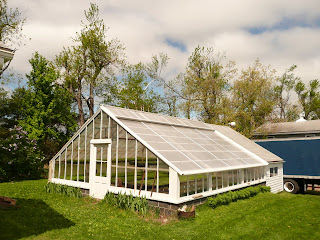 Here are a few photos from our recent overnight hike with Asa along the Allegheny Front Trail in the Moshannon State Forest. He loved it! 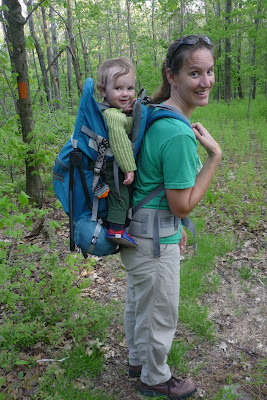 First time trying out this backpack. Served us well, and baby enjoyed the new vantage point. Thanks Aunt G and Uncle G! 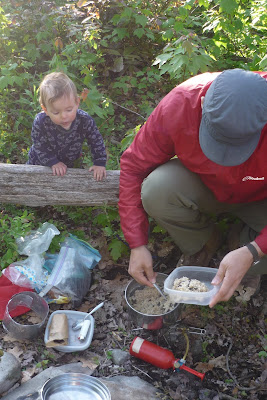 Very interested in the preparation of couscous and black bean supper. He liked eating it too. And we all ate oatmeal for breakfast. 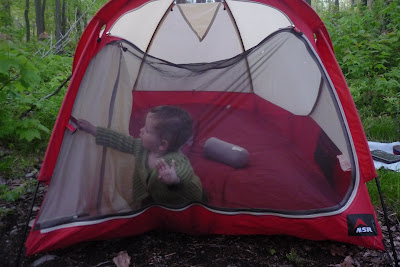 Exploring the tent. Really, this was the best place to put him while we set up camp. With his new ability to crawl and his tendency to put everything in his mouth, we can't keep our eyes off of him for a second. 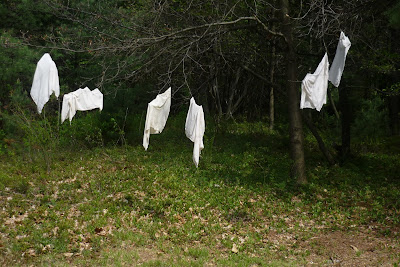 Mama rinsed cloth diapers in the stream and hung them to dry while Papa filtered drinking water. We then hung them on our packs until they were completely dry. Our first time doing this as we're trying to keep our loads light. After all, the baby keeps getting heavier!
Posted by Audrey at 12:24 PM 3 comments: